He passes on size, large bone structure with big boxy heads to his puppies. As well as smooth coats with varying hues of red.

Cash has a wonderful calm temperament,

loves children . Has had advanced training. Gets along well with other dogs. Extreme protective instints. 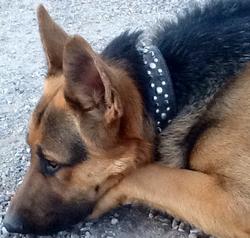 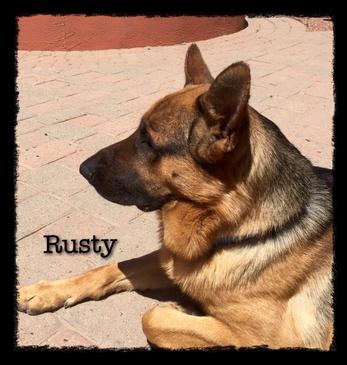 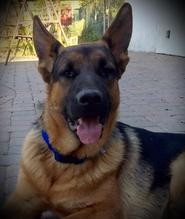 ​Gentle Giant Diego. A perfect example of what a German Shepherd should be like. Son of Cash and Starr, owned by our family off site. Masculine, tall and large  head with a stunning appearance. Black and reddish tan markings, smooth silky  short coat. Diego weighs 110lbs. 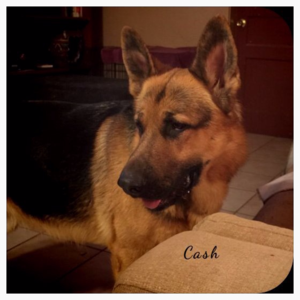 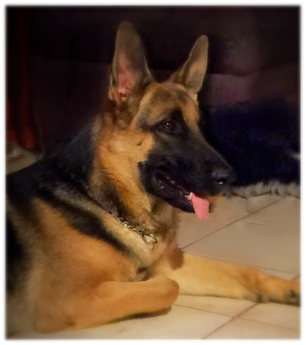 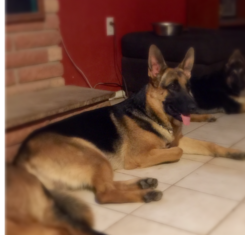 Rusty is our Cavalier GSD. He struts around the yard with  his head up high and starts every morning with a playful attitude. Loves to fetch and loves being in water. One day one of our non swimming females fell in the pool and Rusty courageously grabbed her by the collar and pulled her out. Rusty protects his pack.

He weighs 100lbs and has a beautiful creamy tan and black coat. Very easy going dog who passes on these traits to his offspring.